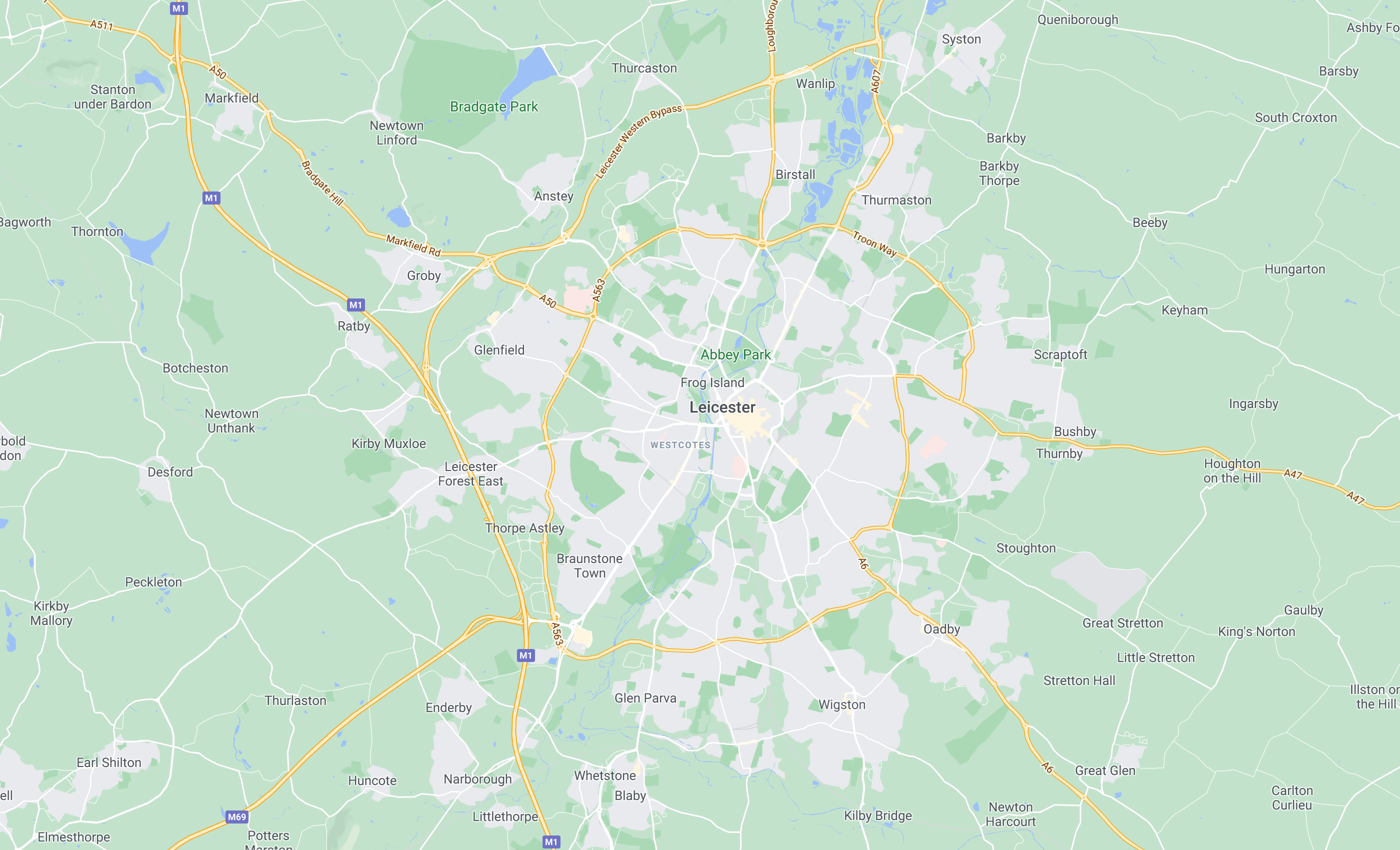 Located in the Midlands and with an estimated population of 360,000, Leicester is widely known as one of the most diverse cities in the UK. Leicestershire is the county that consumes Leicester and borders Nottinghamshire, Lincolnshire, Rutland, Northamptonshire, Warwickshire, Staffordshire, and Derbyshire. There is a lot of historic places in the city including the Richard III Visitor Centre located in the town center, where you can see his remains. Leicester possesses some successful sports teams such as the Leicester Tigers rugby team and the Leicester City football team who won the Premier League in 2016.C

Living in Leicester and surrounding area

Leicester is renowned for its heritage with the industrial and distribution industry with the city even being named the second richest city in Europe in the early 1930’s. Since then, the warehousing industry has grown massively with some of the biggest conglomerates building their hubs located across the county (Amazon, Wayfair, DHL).

There are many warehouse jobs ran by a plethora of different companies in a range of industries. Most of these warehouses are located just outside of the city centre so if there is no public transport, you would need to find your own transport method to get to these warehouses. There are many different types of jobs that come with working in the warehousing industry including these below.

A warehouse operative is responsible for organising, repacking, and stock checking of all the products that come into the warehouse. They will check for damaged and missing items and make sure that the paperwork is all up to date. In Leicestershire, the average warehouse operative earns £9.77 per hour.

The responsibility for a picker and packer is to ensure that the products are organised, counted and assigned to the right location. Pickers and packers make sure the package information is correct as well as pack and box the customer’s order for shipping. A picker and packer in Leicestershire would average earn £9.10 per hour.

A forklift driver’s responsibility is to transport the products around the warehouse whether that is up and down racks or moving the product to a different department. Forklift drivers will use a range of equipment and vehicles such as hand trucks, counterbalance forklifts and pallet jacks to relocate the products. In Leicester, the average hourly pay for a forklift driver is £10.56.

Driving and Logistics Jobs in Leicester

The driving and logistics industry has been consistently growing in Leicester as more warehouses are being opened due to the general demand for increased product distribution across the world. There are future plans to create thousands of jobs in the Midlands and with Leicester being a place that is easy to commute to, this leads to more companies wanting to build their distribution hubs in the shire. There are many different jobs in the driving and logistics industry and some of them are included below.

The role of a logistic clerk is to support the logistic management with their daily tasks which include preparing boxes for shipping and packing orders. A logistic clerk will also arrange transportation methods and manage shipping schedules. In Leicestershire, the average yearly salary for a logistic administrator is £22,000 per year.