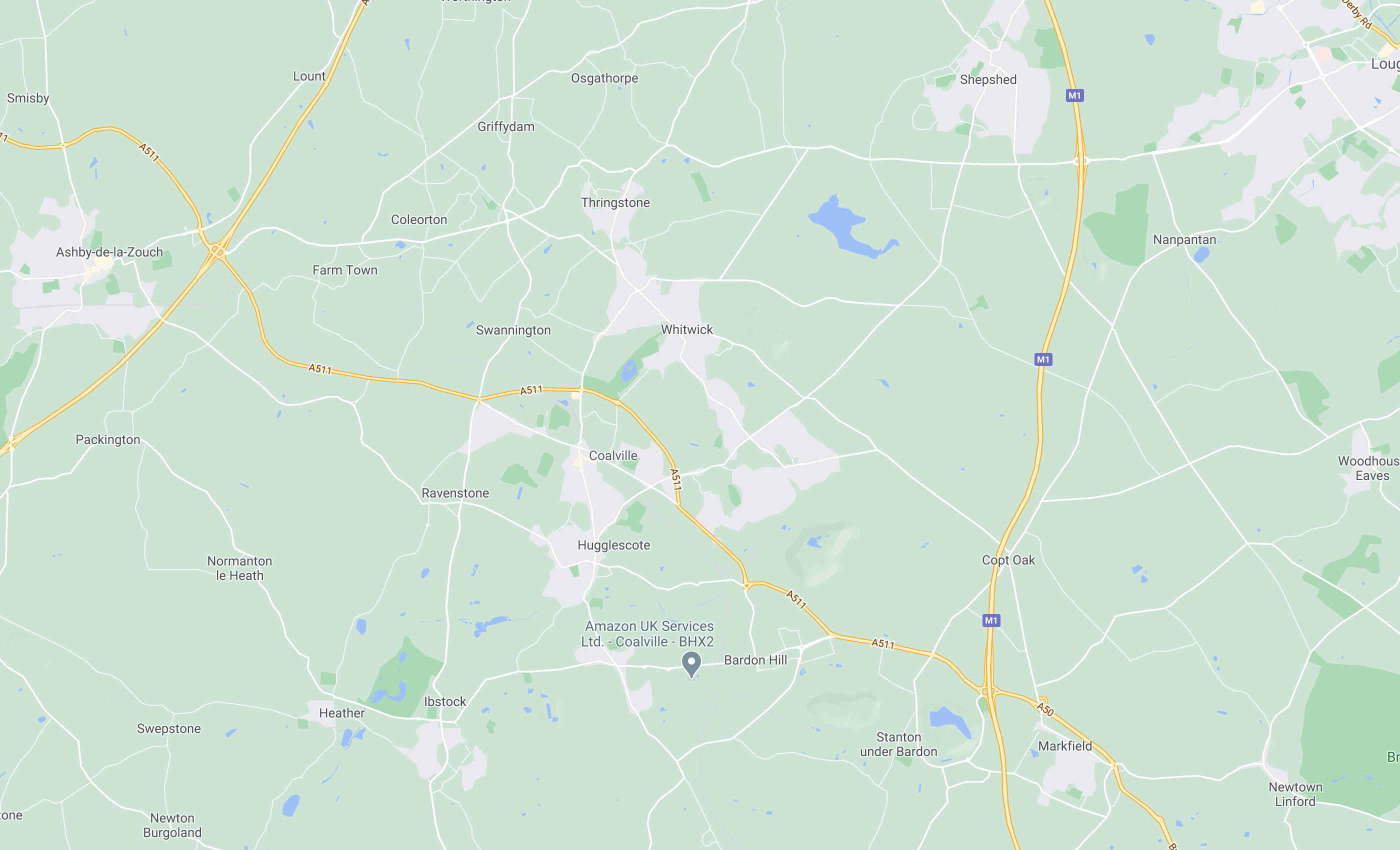 Coalville is a town in the northwest of Leicestershire with a population of just over 36,000 which is the highest in that part of the county. Coalville is not just an ordinary town, it is soaked with history to the industrial and transportation industries. The first ever steam engine was developed in Coalville in 1812 and some of the most famous toy lines (Action Man, Star Wars and Care Bears) started production in Coalville. The Leicester town attracts many visitors across England due to its famous nightclubs, The Emporium and Victoria Bikers Pub. Coalville has a massive golf club which holds golf academy classes, driving ranges, footgolf facility and a beautiful 18-hole course.

As previously mentioned, Coalville has a very strong history with the industrial and distribution industry with the town even being named because of Coalville being a mining town from the eighteenth century up to the late twentieth century. Due to this history, Coalville has a plethora of warehouses from a range of different companies such as Amazon, Eddie Stobart and Pick and Pack express.

Working as warehouse operative will require you to take responsibility for checking all the details and addresses of the labels on the packages to make sure that they have sorted correctly. You will also ensure that none of the products in the parcels have been damaged and placing the parcels in the correct cage based on the postcode on the label. On average, a warehouse operative in Coalville earns £10.22 per hour which is higher than most towns or cities in Leicestershire.

A picker and packer have the responsibility of dispatching the packages to the correct location whether that is a package for a retail store or a customer. You will also have the check the labels on the packages to ensure that they are being delivered to the right address. Picker and Packer work in a large team and must work at a quick pace due to sheer number of packages that get dispatched daily. The average hourly pay for a picker and packer in the town of Coalville is £9.43 per hour.

The task of a forklift driver is to load and unload packages and pallets, moving them from diving racks and sections in the warehouse. Forklifts, pallet trucks and fork trucks are all examples of the different vehicles that a forklift driver would use daily. In Coalville, a forklift driver earns £10.30 per hour.

Driving and Logistics Jobs in Coalville

The driving and logistic industry has been growing in Leicestershire and Coalville because of the general demand for product distribution across England. As previously mentioned, there are many warehouse and retail shops around Coalville which all need local drivers and logistic distribution workers to move the packages and products from the warehouses to their desired location. There are many plans in place for more warehouses being built in Coalville because Leicester is in the midlands of England, so it is very easy to commute to, so it is very helpful for companies to have huge warehouse in Leicester and Coalville one of the biggest towns in the county. Because of the industry growing, there is a big range of different jobs and some of these are listed below with a brief job description.

An HGV driver’s job role is to load and unload the packages and products from the warehouse to their destination. They are also responsible for following traffic reports, filling in paperwork and using logbooks for every delivery that they complete. The difference between a class 1 driver and a class 2 driver is all about the type of vehicle that the driver is using. A class 1 driver will use a category C and E vehicle and a class 2 driver will use a category C vehicle. In Coalville, the average hourly pay for an HGV driver is £13.00.

A LGV driver has an extremely similar job to an HGV in the fact that their job is to transfer the products and packages from the warehouse to their destination. A LGV driver will use a lorry for most of the time compared to an HGV driver who would usually drive a truck but both drivers can use both vehicles by law. A class 1 LGV driver can drive a category C and E vehicle whereas a class 2 driver can drive a category C vehicle. In Coalville, the average hourly pay for a LGV class driver is £13.