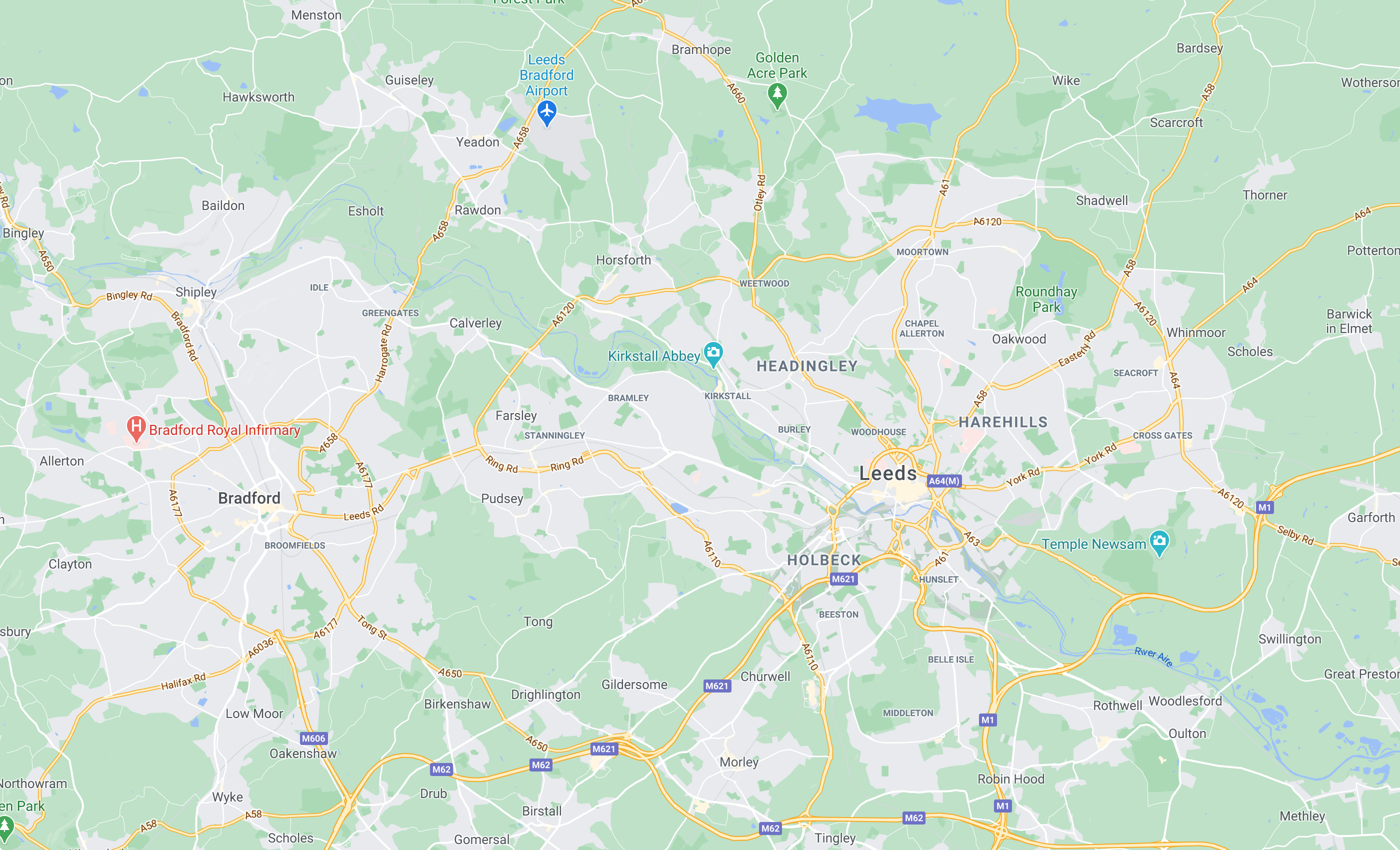 Leeds is in the north of England and is one of the biggest cities in the United Kingdom. Located in the county of West Yorkshire, Leeds borders many places including Bradford, Wakefield, and Sheffield. With a huge population of over 800,000, Leeds is the second greenest city in England which attracts many tourists to the city in the summer months. The city’s railway station is famous for being the busiest in the United Kingdom outside of central London with around 900 trains being ran daily. Nicknamed ‘The Whites’ Leeds’s football club has had recent success with the club winning the English second division in 2020 and being promoted to the Premier League.

Ranked the 2nd best places to live, work and raise a family in the UK, the West Yorkshire city is a very popular place to live in. As claimed by Gov UK, the predicted cost for a single person living in Leeds is £1,636 which is 6% cheaper than Birmingham which was named the best place to live in the UK. Gov UK say that for a family of four, the estimated monthly cost is £3,082 which is slightly cheaper than the main city of York.

The mains industries are retail, manufacturing, and business services, and with Leeds being the third largest city in England, there is a lot of room for warehouses and business offices. Some of the world’s biggest companies such as Amazona and DHL have multiple warehouses located across the West Yorkshire city.

As previously mentioned, there are big companies who have many warehouses located all over Leeds, but the bigger warehouses are located outside of the city centre so if there is no public transport, you would need to find your own transport method to get to these workplaces. There is still warehouses being constructed including a massive 360,000 square feet warehouse being built near the city centre. There are many different types of jobs that come with working in the warehousing industry including these below.

A warehouse operative is responsible for organizing, repacking and stock checking of all the products that comes into the warehouse. They will check for damaged and missing items and make sure that the paperwork is all up to date. In Leeds, the average warehouse operative earns £9.50 per hour.

The responsibility for a picker and packer is to ensure that the products are organised, counted and assigned to the right location. Pickers and packers make sure the package information is correct as well as pack and box the customer’s order for shipping. A picker and packer in Leeds would average earn £9.02 per hour.

A forklift driver’s responsibility is to transport the products around the warehouse whether that is up and down racks or moving the product to a different department. Forklift drivers will use a range of equipment and vehicles such as hand trucks, counterbalance forklifts and pallet jacks to relocate the products. In Leeds, the average hourly pay for a forklift driver is £10.04.

Driving and Logistics Jobs in Leeds

Due to the widespread demand for increased product distribution across the world, the driving and logistics industry has had a constant growth as new warehouses are being constructed. Products and packages will need to be delivered and with the size of Leeds, there are way more shops that need drivers and logistics backup compared to the majority of cities in England. There are many different jobs in the driving and logistics industry and some of them are included below.